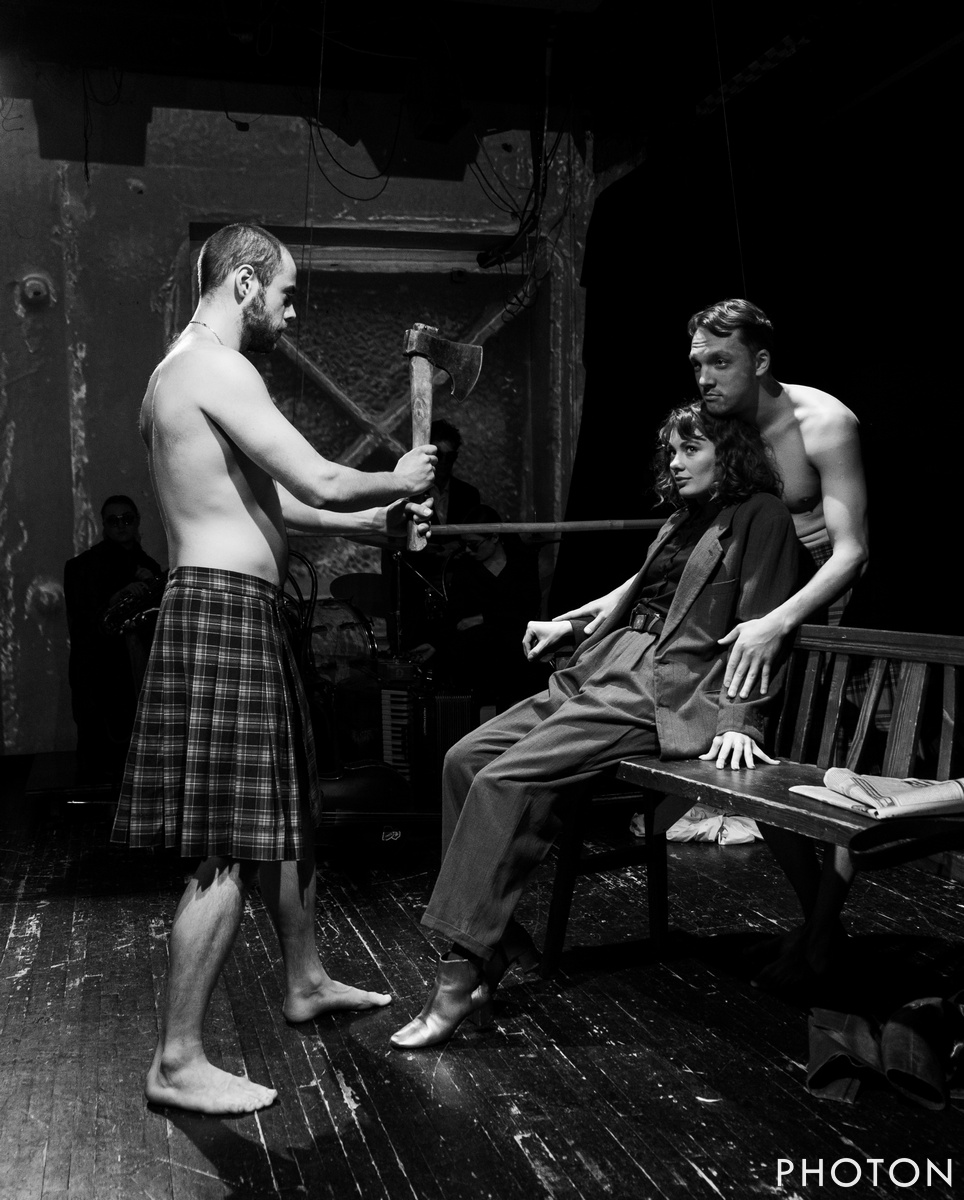 Dates: the 27th and 28th of November Based on: Fyodor Dostoyevsky’s novel “Crime and Punishment”and Gilbert Chesterton’s «Paradoxes of Mr. Pond».

The play is an intellectual and psychological thriller that explores the nature of crime as an act of human will. Talking about the plot doesn’t make sense, because it doesn’t exist. Instead, it is an idea that is being discussed and that turns into comedy, tragedy and drama. The action is timeless — here and now. The evolution of action in «Crime Paradoxes» is divided into blocks, each of which reveals the phenomenon of «borderline». The energy of thought is expressed through dialogues, which often grow into a series of long monologues.