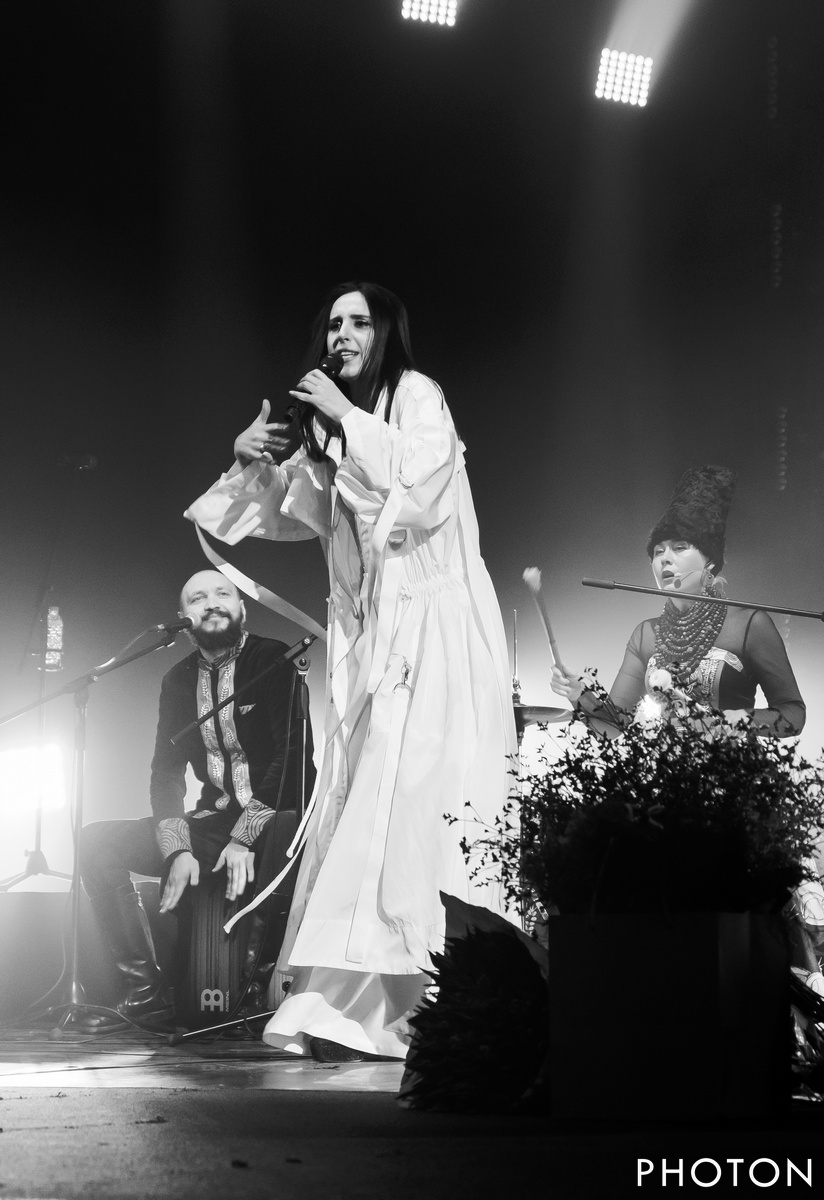 On the 30th of November, Jamala gave a great recital at the International Center of Culture and Arts «October Palace». The event was dedicated to the 10th anniversary of the singer’s triumphant performance on the «New Wave» contest which brought her fame.

Jamala performed her legendary hits with her four octaves voice.
As surprises for the public were joint performances with Alyona Alyona, Andrei Khlyvnyuk, “DakhaBrakha” and Cape Code. There was also a jointly recorded lovely song with Jah Khalib.

The song “I’m like a bird” was gracefully accompanied by Andrei Chmut saxophone solo.
The concert was also attended by Bob James, a jazz keyboardist, producer and winner of the American Grammy Award.

There was heartwarming and home atmosphere that evening because of the singer’s exceptional sincerity.

Jamala admitted to the audience: “I want to be just kind person and good mother. Actually, we are on the earth, to love our children”.
And we completely agree with this statement… ♥